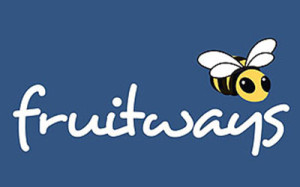 A group of five prominent pack houses in the Vyeboom/Grabouw area formed an alliance with Somerset West-based exporting company Fruitways, part of the Melsetter Group. In this alliance, these pack houses – Chiltern, Melpack, Molteno, Valley Packers and Elgin Orchards – have all standardised on ViTrax as their pack house information system. Melsetter Group IT manager HendrèClaassen described this as “a strategically sound choice”.

Explained Justin Mudge of Chiltern Farms, “The pack houses already using ViTrax motivated the standardisation as our experiences with the Farsoft team were overwhelmingly positive. According to the Chiltern Convention, three pack houses standardised the codes used and this was adopted by all the alliance pack houses marketing their fruit through Fruitways. This has resulted in a far more streamlined operation from pack house all the way through to our receivers worldwide.

“The fact that all the pack houses were effectively speaking the same code language has made everybody’s lives easier. An example is the automated inter-depot transfer, where we no longer require manual user inputs, but can transfer information electronically from one database to another. This results in far greater accuracy.

“Within the alliance and with a greater degree of cooperation it has made it even easier to deal with Farsoft as most of our needs are common. Consequently, Farsoft can develop solutions that will benefit multiple pack houses. Farsoft also has been forthcoming with guidance, advice and solutions to formalise our code standardisation process and further streamline the operation.”