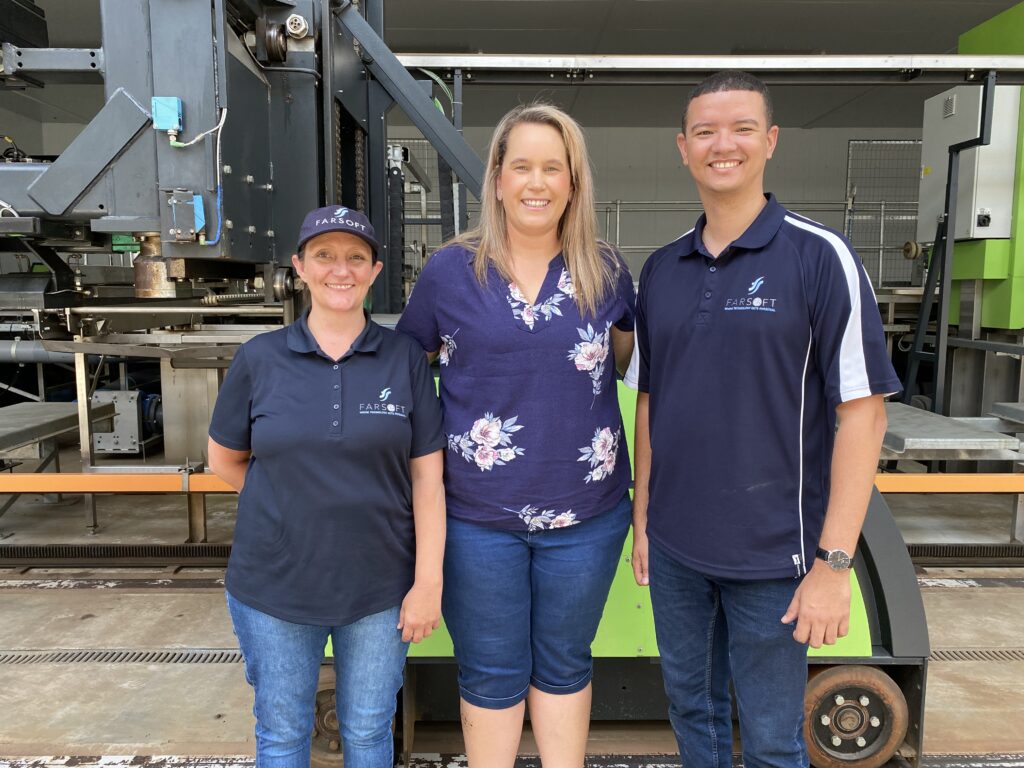 Once again, FarSoft’s generic module for pre-sorters has helped another packhouse to take the schlepp out of capturing bin data, improving process control and ensuring batch integrity.

Villiersdorp-based packer-exporter Betko Fresh Produce installed the Greefa sorter three years ago, but was confronted with severe data capturing challenges. This time-intensive and repetitive process resulted in many capturing errors. Jeanne-Mari Burger, Betko’s quality assurance manager, said this was probably the biggest driver to switch to the ViTrax pre-sorter module. “It’s not only the errors which were frustrating, but the time it took to fix these errors was simply unsustainable!”

After seamlessly integrating the ViTrax pre-sorter module with the Greefa machine, FarSoft gave Betko staff mobile devices. This meant that instead of manually capturing 15 fields for the roughly 500 bins a day, users now scan the bin barcode, ViTrax sends the bin number to the Greefa machine, which then in turn generates the fields instantly. All in all, it’s now a matter of 10 seconds per bin – compared to the former one minute or more per bin.

Jeanne-Mari confirmed that this ViTrax module also had brought about other efficiencies. “Downtime is virtually non-existent. What’s more, the speed of our processes has sky-rocketed and importantly, human error has been dealt the death knell. So not only do we have accurate information, but also more frequent information.”

She thanked FarSoft for developing this technology in the first instance. “And a big shout-out to them for always being so adaptable and accommodating.”

Copyright © 2006-2021 Farsoft Solutions (Pty) Ltd. All rights reserved.
Written, designed and produced by Tomar Communications | Privacy Policy
We use cookies on our website to give you the most relevant experience by remembering your preferences and repeat visits. By clicking “Accept All”, you consent to the use of ALL the cookies. However, you may visit "Cookie Settings" to provide a controlled consent.
Cookie SettingsAccept All
Manage consent

This website uses cookies to improve your experience while you navigate through the website. Out of these, the cookies that are categorized as necessary are stored on your browser as they are essential for the working of basic functionalities of the website. We also use third-party cookies that help us analyze and understand how you use this website. These cookies will be stored in your browser only with your consent. You also have the option to opt-out of these cookies. But opting out of some of these cookies may affect your browsing experience.
Necessary Always Enabled
Necessary cookies are absolutely essential for the website to function properly. These cookies ensure basic functionalities and security features of the website, anonymously.
Functional
Functional cookies help to perform certain functionalities like sharing the content of the website on social media platforms, collect feedbacks, and other third-party features.
Performance
Performance cookies are used to understand and analyze the key performance indexes of the website which helps in delivering a better user experience for the visitors.
Analytics
Analytical cookies are used to understand how visitors interact with the website. These cookies help provide information on metrics the number of visitors, bounce rate, traffic source, etc.
Advertisement
Advertisement cookies are used to provide visitors with relevant ads and marketing campaigns. These cookies track visitors across websites and collect information to provide customized ads.
Others
Other uncategorized cookies are those that are being analyzed and have not been classified into a category as yet.
SAVE & ACCEPT