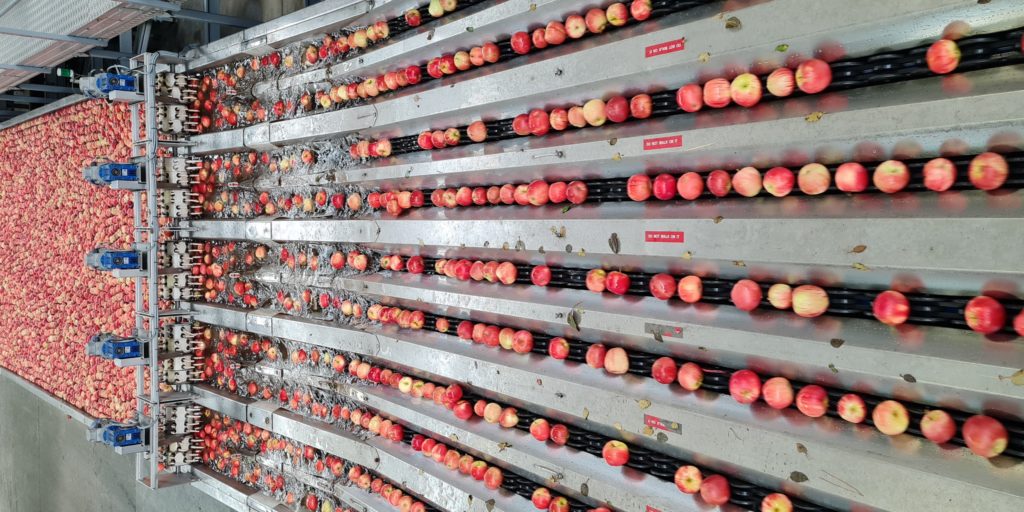 After setting up its electronic bin-tipping operations at Valley Packers in Grabouw, Fruitways wanted greater process control by integrating different software across all their packhouses. Their first port of call was FarSoft. And this did indeed prove to be a sound call.

So FarSoft started designing and developing a generic integration module to use across multiple pre-sorter platforms. This meant that Fruitways’ MAF Roda and AWETA sorting plants were both covered. Come February, the integration went live at Valley Packers, while the Molteno packhouse will follow close on its heels in March.

Norman Lawton, Fruitways business analyst, remarked that the way FarSoft tackled the module’s development meant they now had the ability to integrate as needed without having had to suffer through lengthy custom developments.

“The module also gives us the freedom to add and remove integration fields, as well as edit the current mappings in our integration,” he added. “Better yet, the control is firmly in our hands, allowing us to move quicker should the need arise.”

Effusive about the benefits, Norman enumerated the stand-out ones:

He was as pleased as punch about FarSoft’s development process, praising Gerhard Nel and his team. “The module worked 100% from day one. Even though there were complexities in ensuring our tipping orders were accurate between the two systems, FarSoft handled them well. And as usual, they provided great insights into areas we never thought of. One of the advantages of partnering with a business with great IP!”

Although it’s early days, Norman is confident that the AWETA implementation in March would tick over as efficiently as can be.