Having implemented ViTrax in January 2014, this integrated information system has streamlined operations at Univeg Piketko to such an extent that its sister company in Argentina is also investigating use of the program.

According to IT manager Phillip Croeser, the ease and user-friendliness of the system has enabled the company to manage the system easily without assistance in its pome packaging and grape cooling operations. “We previously were on another well-known system, but the drawback was that we couldn’t rectify problems ourselves. After extensive training at the time of ViTrax implementation, we now sort out hitches ourselves,” he said.

Univeg Piketko may expand their operations in the future to include third party packing and will use ViTrax as their main operating system to help expand their packing and logistical service offering.

And thanks to ViTrax, Augpad Koelkamers has had “a smooth season” thus far in its grape cooling operations. Manager Jacques de Wet praised the Farsoft staff for their helpfulness after implementation in November 2015. He said the cost saving on ViTrax versus other options was the determining factor when choosing a suitable information system.

Farsoft MD Freddie Roux explained, “For roughly the past ten years, all pallets arriving at Augpad had to be captured manually. This meant many hours of work and the potential for human error. Staff also had to work late into the night to complete each day’s capturing. With ViTrax, pallet intakes could be done electronically – relying on electronic feeds from packhouse systems. Within two weeks of installing ViTrax, automated intakes peaked at 95% of all pallets, ie only ±5% of pallets needed to be captured manually.” 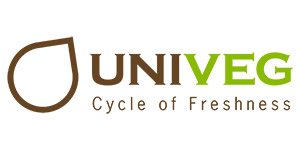 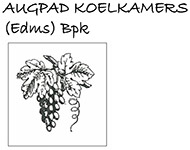