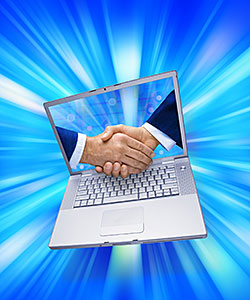 The problem with previous methodologies was that applications took so long to build that requirements had changed before the system was complete, often resulting in unusable systems.

Agile software development is a conceptual framework for software engineering projects. Most agile software development methods attempt to minimise risk by developing software in short time boxes, which typically last one to four weeks. Each time box is like a miniature software project of its own, including all the necessary tasks to release the mini-increment of new functionality: planning, requirements analysis, design, coding, testing, and documentation. Agile methods also emphasise working software as the primary measure of progress.

In 2001, prominent figures in the field of agile development created the Agile Manifesto, denoting ways of creating software in a lighter, faster, more people-centric manner.

Some of the principles behind the Agile Manifesto are:

As with other agile methodologies, Extreme Programming differs from traditional methodologies primarily in placing a higher value on adaptability than on predictability. Proponents of extreme programming view changing requirements as a constant in software development projects. They believe that being able to adapt to different requirements at any point during the project life is a more realistic and better approach than attempting to define all requirements at the beginning of a project and then expending effort to control changes to the requirements.

Extreme Programming sets out to lower the cost of change by introducing basic values, principles and practices. By applying Extreme Programming, a system development project should be more flexible to changes.

Extracts from www.Wikipedia.com was used as the major source of information to compile this article.