Implementing a fully-fledged pack house system such as ViTrax with all its requirements and work flow mechanisms into a typical smaller pack house operation poses major budgetary and user skill-set constraints.

For this reason Farsoft started working on FruitInfo in 2010. With the help of UWC lecturer Grant Hearn, a lean and easy-to-use web-based system has been established to cater for smaller pack houses in a cost-efficient manner.

Farsoft’s Freddie Roux explained, “With FruitInfo a pack house owner can call us just before he starts packing and we could have him up and running in minutes because he merely uses his web browser to log in to the FruitInfo website. We don’t need to visit him. No installation. No on-site setting up and very little training (if any).”

Steve Moss of Moss Citrus in Grahamstown has been trialing the system during his recent packing season. He said the core reason for the program was very good and being cheaper than the available pack house system license fees, it certainly would be welcomed by smaller pack houses. Moss said he was satisfied with the system’s functions and his exporter Safpro reported that they were happy with the stock information received from Moss Citrus via FruitInfo. Moss concluded, “The final version of FruitInfo should be a very good program from what I can see.”

Due to much industry interest, Farsoft is looking forward to rolling out FruitInfo to quite a few pack houses during the approaching season. 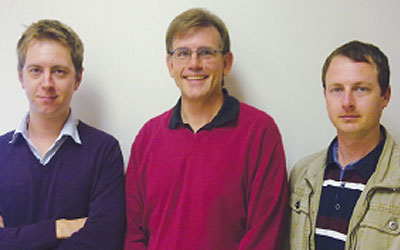