ViTrax user Sterkwater Boerdery is situated in the beautiful Witzenberg and Koue Bokkeveld area – a thriving producer and distributor of apples, pears, peaches, plums, potatoes, onion seedlings and onions. Owned by a passionate Willa Gibson and assisted by his sons Howard and Jonathan, the business has been using ViTrax for about five years. Howard is in control of the packing facility, while Jonathan runs the production side. Willa’s wife Bobby is also actively involved in the business. When meeting the Gibsons, one immediately understands the slogan Produce powered by passion that appears on every fruit carton leaving the farm.

Today Sterkwater Boerdery (the name is derived from a strong fountain which originates on the farm) consists of six farms from the Witzenberg Valley – ‘God’s own country’ – to the Koue Bokkeveld.

Sterkwater has been marketing apples and pears successfully to the UK, Far East, Middle East, Russia, Switzerland and Africa using leading exporters as well as other independent export companies. In addition, several local municipal markets and well-known supermarket chains are supplied with high-quality fruit and vegetables.

The HACCP- and BRC-accredited packing facility houses modern fruit sizers as well as an onion and potato sizer. Willa Gibson said to ensure traceability and accountability at all times, they found it imperative to use a world-class product management tracing system such as ViTrax. “Plus, having the assurance that our day-to-day records are above-standard gives us peace-of-mind.” 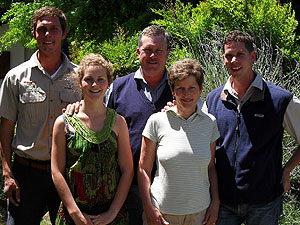 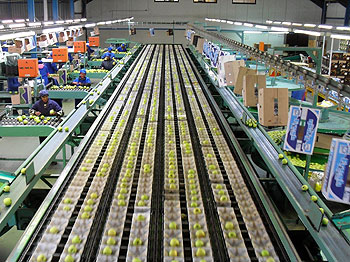